The City of Dana Point is named after Richard Henry Dana Jr. (1815-1882), a Harvard-trained lawyer, seaman. 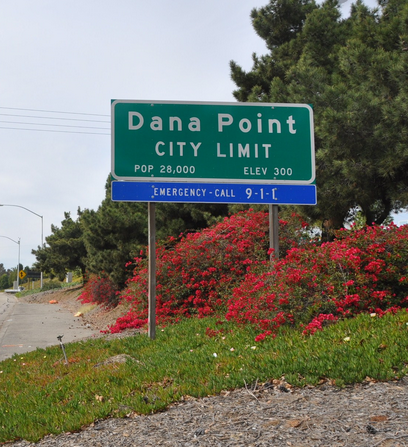 On January 1, 2009, the City of Dana Point celebrated its 20th anniversary. In commemoration of the date, the Dana Point Historical Society hosted a reenactment of the cityhood establishment ceremony.

According to the California Department of Finance, Dana Point is home to 34,037 residents, and is characterized by nearly seven miles of prominent coastal bluffs and rolling hills along the Pacific Ocean. The most noteworthy of these bluffs is a unique promontory known as the Headlands, which overlooks Dana Point Harbor, one of the most significant landmarks of the Orange County coastline.

Dana Point residents looking for auto repair have a Goodyear Service center within minutes of there home.

“Been going to West Coast for many years. Most of my family and friends also take their vehicles here. Great owner and great service and great staff.”

“First time customer in need of a tire repair. Dropped my car off @ 7:30 and it was ready by 10:30. The man at the desk was courteous and friendly. I will gladly return!”

“Had a nail in the tire and it was fixed quickly and at a reasonable price. The waiting room is extremely dated, but my tire looks good.”

“Very pleased with the service & kindness of the workers.”

“The best place on the planet for all your viechle needs. Honest, skilled mechanics who don't rip you off. I love this place!”

“I will only take my car here. They listen to any issue I have and keep a straight face when I try to mimic whatever sound my car is making. They've kept my 16 year old car running great!”

“Honest and competitive Auto Repair. The owner bends backwards to give you the best service and listens well to any of your concerns.”